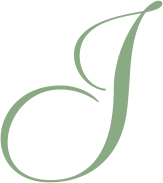 In the interest of full disclosure, I disclose that the following FAQ contains questions posed by me to myself. These are questions I must anticipate should I become a world-famous gardening novelist.

Q How did you get to where you are now as a novelist?

ABy reading a lot and writing a lot. Not being deterred by years of rejection. I don’t have an academic “degree” in creative writing, and have never had a writing mentor or been a member of a writing support group. That means I’ve been honing my craft in a vacuum. I think that contributes to the unique voice I bring to my fiction. I’ve been writing novels for 19 years, and wrote short stories for 10 years before that. Before that, a jumble of sketches, bad poetry, some romance stories, and at least one pornographic story that was actually pretty good. I was also a newspaper reporter for 36 years. That involved writing pretty much every day. Then, I worked for two-and-a-half years as a writer and editor for a state agency, which was writing and editing every day.

Q Which authors most influenced you?

As a youth, I scarfed down Tolkien, Dostoyevsky, Tolstoy, Graham Greene, and Thomas Hardy. Hardy was a big favorite. Vladimir Nabokov, Shakespeare and the Restoration playwrights during college. The Brontë sisters and Jane Austen, though I’m starting to get sick of that Austen woman. MacKinlay Kantor for one perfect book, Andersonville. Miguel de Cervantes, for Don Quixote. Walker Percy and Peter Matthiessen. Hemingway and Fitzgerald. Somerset Maugham, Conrad Aiken, and John Cheever for their short stories. Conrad Richter for one of the greatest trilogies ever written, The Awakening Land. More recently, Wallace Stegner, William Trevor, Mark Helprin, Richard Brautigan, Christopher Moore, Barbara Kingsolver, Bernard Cornwell, Steven Saylor, George MacDonald Fraser, Mary Doria Russell, Ann Patchett. Peter Mayle. My writing resembles that of none of these writers (except maybe the Restoration playwrights) so who knows where my influences come from. Alas, maybe I owe my biggest literary debt to daily journalism.

Q How many novels have you written?

A Four and a fifth and sixth are in the works.

Q When do you write?

A Whenever I can. Early morning—from 4:30 to 6 a.m.—is a fertile time. So is the lunch hour for some reason.